This document describes specification of TWAIN interface of Epson scanner driver for application vendors.
Although there are several version and names of Epson’s scanner driver, EPSON Scan, EPSON TWAIN and
EPSON TWAIN Pro, they are generally called EPSON TWAIN driver in this document. Some behaviors
may vary depends on its version. 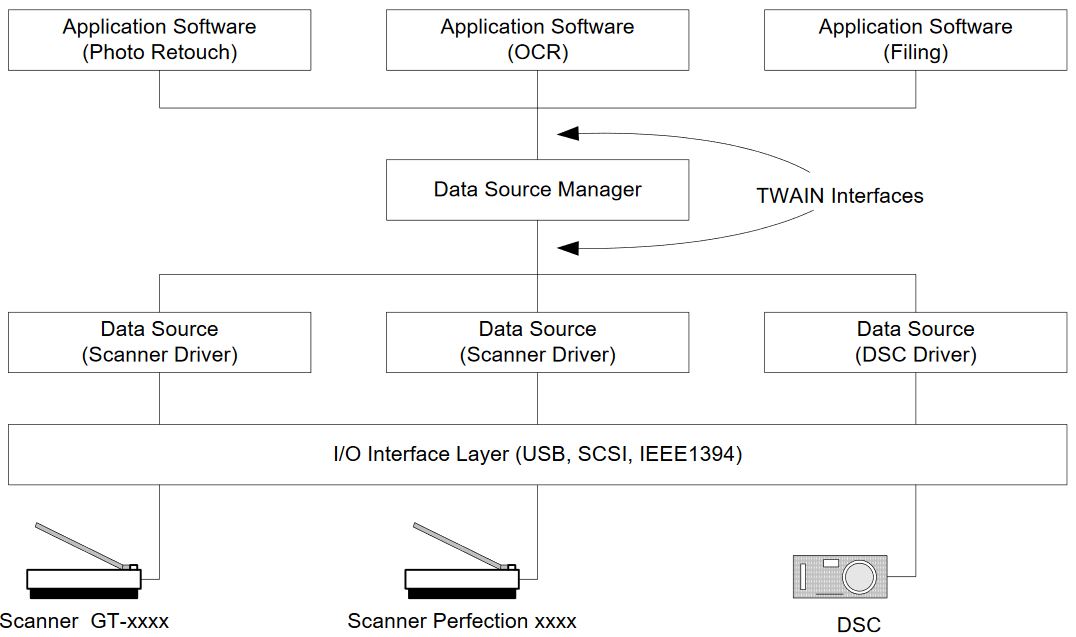 Following is a table of the combination between EPSON Scan version and TWAIN version.